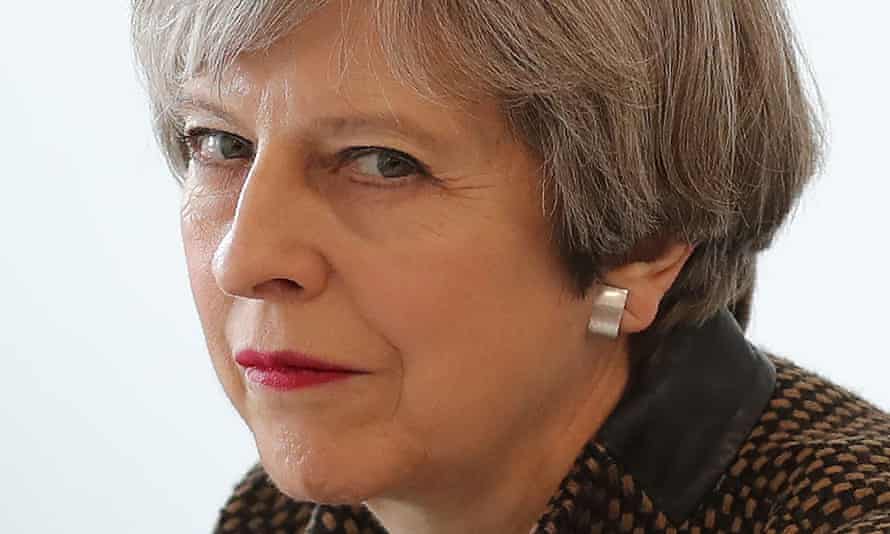 Everyone already knows how much of Theresa May’s platform, policies and even rhetoric are directly stolen from Ukip. Nigel Farage himself publicly pointed it out this Sunday: not only had May taken Ukip’s major policy issues (immigration, grammar schools, bashing EU bureaucrats), he said, “She is using exactly the same words and phrases that I have been using for 20 years.” The general line from Ukip about its recent electoral wipeout is that if the Conservatives beat Ukip, it’s only because the ruling party now effectively is Ukip. So perhaps their work is done.

Less remarked on is the fact that May is playing the exact same game with the Labour left. Corbyn insiders note with dismay how they regularly see their best ideas, initiatives and slogans passed over in the media when they announce them, only to be solemnly read out a few weeks later in May’s next big speech – and greeted with near-universal acclaim. Since late 2015, for instance, Jeremy Corbyn has been calling for a national industrial strategy, only to see his call to have government intervene to support key technological sectors either been written off as outdated Soviet-style thinking or simply ignored.

Then in January this year May announced her government would be adopting a “modern indus- trial strategy … [that] will be underpinned by a new approach, a new active role for government” – basically, exactly the same policy – and was instantly celebrated for her refreshing ability to think outside the box.

The same story extends to a whole host of Labour initiatives adopted by May’s Tories, from placing workers on corporate boards to government investment in broadband and “cutting-edge” technologies to most recently, the energy price cap. And as with Ukip, the same extends to words and phrases.

During May’s speech last Wednesday, she managed to read off variations on both the Labour campaign slogan (for the many, “not the privileged few”), and the shadow chancellor John Mc- Donnell’s own signature tagline – a prosperous country, but “a country where prosperity and security is shared by all” – in each case, as if she’d made the phrases up herself.

In the case of pilfered Labour policies, it’s obvious the Conservatives don’t mean a word of it – almost immediately after the industrial strategy speech, May sat blithely by, refusing to lift a finger as the (nothing-if-not-strategic) steel industry collapsed.

But as we learned after the prime minister’s catastrophic 2 May dinner with Jean-Claude Juncker, she never really meant what she said about Brexit either. Frantic Tory spin-doctoring is now rewriting the story of what happened that evening as the story of One Tough Lady against the Eurocrats, but if one looks at the actual text of the German news story that set off the brouhaha, it’s clear May started out by trying to bond with Juncker by cheerfully explaining she was playing the Brexiters for fools. It’ll be just like protocol 36, she offered: remember, when the UK made a big fanfare out of withdrawing from the Lisbon treaty, then, as soon as no one was paying attention, quietly enacted most of its provisions back into law? The fireworks only began when Juncker explained with Brexit this would not be possible.

In the case of EU negotiations, such thoughtless rabble-rousing might well lead to a train wreck of historic proportions – the combination of nationalist posturing and half-understood treaty obligations bear an uncanny resemblance to the events leading up to the first world war. But in the case of May, what’s revealing is that her first impulse was to publicly declare what- ever she thought would play best with swing voters – in this case, to preach the hardest of hard Brexits – then try to see if she could get away with proceeding as if she’d never said it at all.

How do we explain this behaviour? As a social scientist, I was taught that rather than try to stare into the actor’s soul (souls are complicated), it is better to try to determine a set of principles that will accurately predict what that actor will do in a given circumstance. The simplest set is always preferable. (This is why economists pretend people are motivated solely by greed. They don’t really think people are motivated solely by greed. They just want to see how much human behaviour can be explained by pretending that they are.) In the same way, I have found the actions of a Conservative politician can be predicted with near-total accuracy by positing just two principles:

Differences between Cameron and May were largely stylistic: Cameron was basically a PR man, May is a career bureaucrat and political infighter, whose handlers are now faced with the unenviable task of creating a personality cult around a figure almost entirely lacking in human qualities. Their solution is to take advantage of her even more dramatic lack of anything resem- bling a moral centre. She just takes her rivals’ best ideas and holds them up like glittering prizes, in the way an innocent three-year-old might say, “Look at what I found!” Since she knows that even if she tosses the bauble away a month or two later, it’s not as if anyone is likely to call her on it.

As Machiavelli long ago pointed out: if you raise taxes, then lower them, by the time you’ve done the second, chances are no one will even remember you did the first. Where most Tories can merely be counted on to act like cynics, there is reason to believe May actually is one. There is a certain purity, even innocence, in this. But it means you can’t believe a word of what she says.