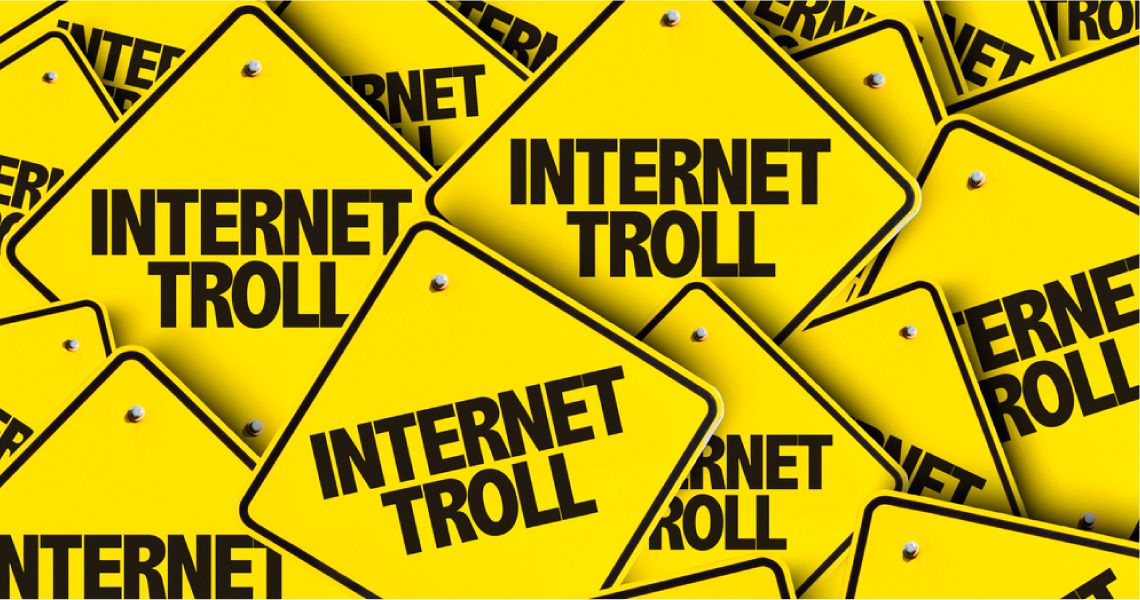 In late 2011, around the time of Occupy Wall Street, he for some reason known only to himself, decided to go gunning for me despite my never having met him or interacted with him in my life. He started with outright personal slander that had nothing to do with my work (or anything else I could figure out) until my publishers encouraged me to point out that false personal aspersions were actionable

Since a number of otherwise sensible people seem to have been taken in by Brad DeLong’s claims to have exposed serious flaws in my work, particularly my book Debt: The First 5000 Years, it often being added that I have not even attempted to reply, I thought it might be helpful to provide some brief background for anyone curious about the matter.

Brad DeLong is a self-proclaimed troll and a proven serial liar. In late 2011, around the time of Occupy Wall Street, he for some reason known only to himself, decided to go gunning for me despite my never having met him or interacted with him in my life. He started with outright personal slander that had nothing to do with my work (or anything else I could figure out) until my publishers encouraged me to point out that false personal aspersions were actionable; the initial attack was taken down and from then on he seems to have decided to go after my book.

At first, I did try to reply, but I quickly realized he was operating in bad faith: for instance, one time when I tried to correct a statement he’d made that I was misrepresenting the works of Giovanni Arrighi, I tried to post a comment containing a quote from Arrighi stating exactly the position I’d attributed to him; DeLong simply cut the part with the evidence out of my response so it seemed like I couldn’t defend myself (he carefully edits the comment section of his blog).

After that, I blocked him on Twitter and stopped even looking at his blog. I figured if I stopped responding, eventually, he’d get bored and go away. Bizarrely, though, this did not work, and he kept it up for literally years, devoting post after post to attacking me. He also stalked me online, he would show up to attack me whenever my name was mentioned prominently in a public debate, or discussed on other blogs, always to repeat the same accusations again and again; on Twitter, he would made up dummy eggshell accounts to try to trick me into engaging with him; he’d respond to my tweets and pretend I was arguing with him, knowing I couldn’t see his tweets (people showed them to me later); he’d take tweets I’d made in arguments with others and put them on his blog pretending they were addressed to him, and otherwise behaved in a totally monomaniacal and frankly rather unhinged fashion. Finally, again, knowing I’d blocked him and had refused to interact with him for years at that point, he created a Twitter bot to attack me every day for a month, each tweet ending with “stay away!” – i.e., pretending he wasn’t the one stalking me but that it was somehow the other way around.

So the man is irrefutably a liar. You can believe his other claims about my scholarly work if you like.

His greatest triumph was to find one sentence about Apple obviously garbled in the copyediting process and instantly removed from all but the very earliest edition of the book, which DeLong has since contrived to reproduce perhaps a thousand times in an attempt to defame me. Otherwise, most of the “factual errors” he claims to have found are either differences of interpretation, based on obvious misrepresentations of my position, or points so trivial it’s somewhat flattering that’s they were the best he managed to find.

Example: he once posted an entire blog post just to say my interpretation of the Sumerian principles called “the mes” was incorrect. When I showed this to one of my best friends, who is a Mesopotamianist, the friend started laughing out loud. Nobody, he said, really knows what the mes are. There are a half dozen interpretations. The one I adopted was the most widely accepted one but sure, he said, lots of people would disagree. I think the biggest actual mistake DeLong managed to detect in the 544 pages of Debt, despite years of flailing away, was (iirc) that I got the number of Presidential appointees on the Federal Open Market Committee board wrong. I wrote that it was one, actually it’s three. Yup. Guilty as charged. I got the number wrong. The difference between one and three had absolutely no bearing on the point I was making in the sentence in question, which was just that the Fed is a public/private hybrid. But DeLong has triumphantly trumpeted this again and again as proof of my “ignorance.”  In other words, he’s still not managed to find anything really substantial wrong with the book. And not one of the “mistakes’ he’s even claimed to identify bear on any of the book’s substantial arguments.

Frankly, what DeLong is playing is a transparent and rather pathetic game. Anyone who goes through a long book on diverse topics will be able to find some things they can hold out and say are “errors.” To show how easy a game it is to play, just in the course of his trolling me, DeLong himself made more glaring errors than he managed to locate in 544 pages of Debt. Some were truly embarrassing. Let me recall a few offhand:

Normally, if a crazy person is out there using dishonest methods to try to destroy one’s intellectual reputation, the best thing is just to ignore him. But it’s a bit trickier if the crazy person is someone who is seen as a legitimate figure in many quarters. (It’s quite possible DeLong is the only person out there who is both a professor at a major university and a self-proclaimed internet troll). Honest people have been fooled. To defend oneself however can easily make one seem arrogant and self-important.  Still, let me just offer this: the safest measure of the accuracy and relevance of scholar’s work is the assessment of other scholars in the same or related fields. The closest one can come to an objective measure of my standing as a scholar in anthropology, for instance, are the reviews my books have received, the disciplinary prizes Debt has received, or for that matter the fact that the most eminent scholar in the field, Marshall Sahlins, decided to collaborate on a book with me. If you want to assess the merit of Debt, you might also consider the fact that there have now been two different scholarly conferences (one in Tübingen, one in Birmingham) specifically dedicated to discussing arguments made in the book, attended by Classicists, Assyriologists, Medievalists, Economic Historians, Anthropologists, Numismatists and others. (One might ask just as a point of comparison, has it ever even occurred to anyone to hold an academic conference to discuss the implications of any of DeLong’s writings or ideas?) Finally, if the argument is that I’m simply out of my depth in economics, specifically, one might ask then why it is that I am the only anthropologist ever to have been asked to present a macroeconomic seminar at the Bank of England.

Brad DeLong is a liar and a con man.  I’ve done my best to just ignore him, hoping he’ll eventually find something else to do, but he won’t, and since so many honest people appear to have been snookered, I felt it would be helpful to set the record straight.