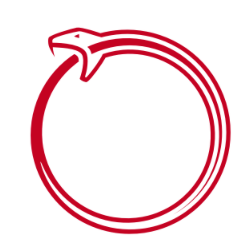 I would like to make a public apology to anyone who has been hurt by their involvement with HAU.

Six years ago I helped initiate the HAU project. At the time I believed it to be a brilliant concept: an open-access journal, based on a radicalization of the grand tradition of ethnographically grounded anthropological theory. I still believe that. The problem was in its realization. From early on there were signs that something was amiss, that I realize now I should have noticed; these signs became more salient over time. After one incident of alleged physical violence at the end of 2016, some of HAU’s patrons did try to intervene, to stop power from being concentrated and abused; but we did not act firmly or consistently enough – and the end result was that workers and contributors appear to have been treated in shocking ways, the administration appears to have been grossly mishandled, due process undermined, potential supporters alienated, and the project of HAU as an open-access journal was not successful as a result.

I am convinced, as I believe are most of those involved with the journal from early on, that this was not because of any inherent flaw with the project or in the open-access model itself. It was simply the way it was pursued. On a political level, I am concerned that HAU’s failure as an experiment in free scholarship, and its sale to University of Chicago Press, will be held out as proof that such projects aren’t viable. This would be truly unfortunate.

On a personal level, what particularly distressed me was learning two things: first, that my political reputation, like that of others identified with the journal, was used to draw young scholars into a situation where they experienced abuse (“I had heard bad things,” one reported having thought, “but after seeing David Graeber’s name on the masthead, I figured, how bad could it really be?”) and second of all, that my name and status appear to have been used to intimidate and threaten others who might have complained of ill treatment. Words can barely express how angry I am at this. But I am also angry at myself, because the signs were there. While I did eventually put two and two together, and attempted to intervene, I should have done so much earlier. I can only ask the forgiveness of all those who were hurt because of my earlier inaction.