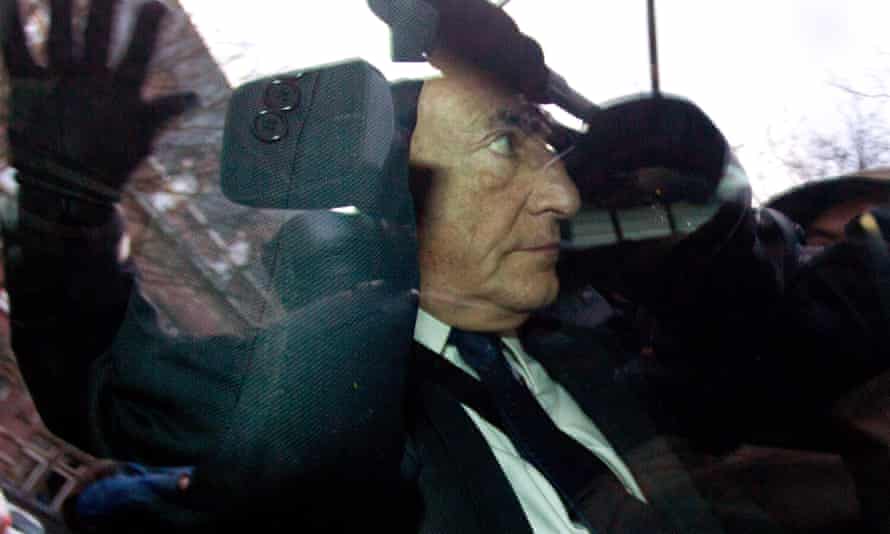 This is a very difficult column for me to write because it’s about my mother.

A week or two after the then IMF director Dominique Strauss-Kahn was arrested for sexually assaulting a chambermaid in a posh New York hotel in 2011, there was another case when an Egyptian businessman was briefly arrested for a similar assault at another such New York hotel. This first struck me as puzzling. It could hardly be a copycat crime; considering the drama surrounding the arrest and travails of DSK, it was inconceivable that anyone would see this and say: “Oh good idea, I’ll attack a chambermaid as well.” Then it dawned on me.

The only logical explanation was that businessmen, politicians, officials and financiers rape, or attempt to rape, hotel workers all the time. It’s just that normally, those assaulted know there’s nothing they can do about it.

In DSK’s case, someone – for whatever complex political reasons – must have refused to make the usual phone call. There was a scandal. As a result, when the next assault took place, the survivor must have said to herself, “Oh, so does this mean we actually are allowed to call the cops now if a customer tries to rape us?” and acted accordingly. And sure enough this is precisely what turned out to have happened. (In the end, both women were silenced, and neither man convicted of any crime.)

What I really want to draw attention to here is my initial reaction of disbelief: “Sure things are bad; but it can’t be that bad.” Even a lefty academic versed in feminist theory instinctively rebelled against the idea that rich and powerful men regularly rape or attempt to rape the women cleaning their rooms, that this happens all the time, that everyone in the hotel industry knows it happens (since they must know), and that those rich and powerful men in turn know they could get away with it because if any woman they attacked did protest too strenuously, everyone would move in lockstep to do whatever was required to make the problem go away.

It’s of course this very disbelief that allows such things to happen. We are loth to accept people we might know might practice pure, naked aggression. This is how bullies get away with what they do. I’ve written about this.

Bullying is not just a relation between bully and victim. It’s really a three-way relation, be- tween bully, victim and everyone who refuses to do anything about the aggression; all those people who say “boys will be boys” or pretend there’s some equivalence between aggressor and aggressed. Who see a conflict and say “it doesn’t matter who started it” even in cases where, in reality, nothing could possibly matter more.

It makes no difference if there’s a real physical audience or if the audience just exists inside the victim’s head. You know what will happen if you fight back. You know what people will say about you. You internalize it. Before long, even if nothing is said, you can’t help wonder if these things they would say are actually true.

Sexual predation is a particular variety of bullying but like all forms of bullying it operates above all in precisely this way by destroying the victim’s sense of self.

I had another, similar, horrified moment of realization in reading Dame Emma Thompson’s remarks about Harvey Weinstein. Not because of her observation that his predations were, as she said, “the tip of the iceberg” – this is surely true, but not entirely unknown; what startled me was one word. She described Weinstein’s behavior as typical of “a system of harassment and belittling and bullying and interference” that women had faced from time immemorial.

The word that struck me was “belittling”. This is where the story becomes personal.

Let me tell you about my mother. Mom was a prodigy. Arriving in America at age 10, speaking not a word of English, she skipped so many grades she was in college by 16. Then she dropped out of college to help the family (it was the Depression) by getting a factory job sewing brassieres.

The union had the crazy idea at that time to put on a musical comedy performed entirely by garment workers. The play (Pins and Needles) surprised everyone by becoming a smash hit on Broadway, with mom (then Ruth Rubinstein) as female lead.

She was hailed as a comic genius, which I can attest she definitely was, was featured in Life, met FDR and Gypsy Rose Lee, and for three years hobnobbed with celebrities and was gossiped about in gossip columns. Then she went back to working in the factory again.

Eventually she met my father, then a sailor; he found work in offset lithography, she dedicated herself to raising me and my brother, along with a variety of local activist projects and occasional part-time jobs.

When I later asked she’d just say, “I lacked self-confidence.” But once I remember the phrase “casting couch” came up and I asked her if such things had existed in her day. She threw her eyes up and said, “Well, why do you think I never pursued a career in show business? Some of us were willing to sleep with producers. I wasn’t.”

This is why I’d like to get my thumbs on the throat of Harvey Weinstein. It’s not just that creeps like him drove my mother off the stage. It’s that in the process, they broke something. I don’t know what actually happened, or if any one specific thing even did happen; but the result was to leave her convinced she was unworthy; intellectually superficial; not genuinely talented; a lightweight; a fraud.

Because just as everyone associated with hotels falls into lockstep to tell chambermaids they are unworthy of protection from rapists, so did everything in my mother’s environment conspire to tell her she had no grounds for complaint if someone told her was unworthy to continue to perform on stage, whatever her attainments, without also performing in private as a part-time sex worker.

As a result, her sense of self collapsed.

All of us are heirs to a thousand forms of violence. Many shape our lives in ways we’ll never know. My mother was an enormous human stuck in a tiny box. Late in her life she was still hilariously funny; but she also collected tea towels with inscriptions like “don’t expect miracles”.

She raised me to assume I was destined for greatness (like her, I was considered something of a prodigy), then, would fall into inexplicable depression for days that would invariably end with her lashing out at me as a terrible, selfish, uncaring person for not properly cleaning my room.

Only now do I understand she was really lashing out at even having to care about my room. Later she lived in part vicariously through me but also – I have to assume – was racked by guilt for any indignation she could not help but feel that this was the only way she could live the kind of life she should have had.

In endless ways, the violence of powerful men plays havoc with our souls. It makes us complicit in acts of mutual destruction. It’s too late now for my mother. She died 10 years ago, taking the details of what happened with her. But if we can do anything for her now, can’t we at least break out of lockstep?

Let’s stop pretending these things can’t really be happening – and then, as soon as we learn it did happen, tell the person it happened to, “Well, what else did you expect?”