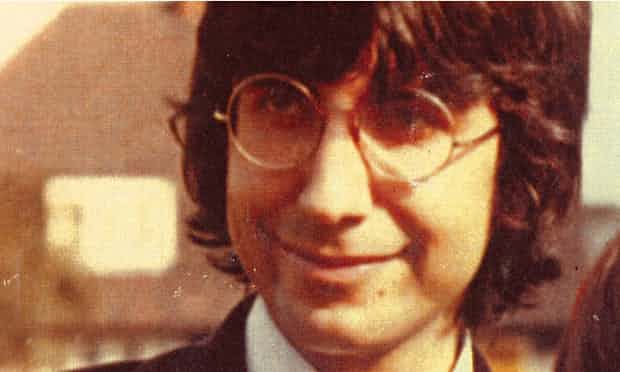 Roy Bhaskar, who has died aged 70 of heart failure, turned to philosophy only after becoming an economics lecturer at Oxford University in the late 1960s. Feeling that economic science had virtually nothing useful to say about real-world issues of global wealth and poverty, he embarked on research that led to the foundation of the philosophical school known as critical realism.

The Oxford curriculum for PPE – philosophy, politics and economics – provided a training for would-be politicians and civil servants who were more likely to contain or even reinforce soci- ety’s problems than resolve them. Roy wanted to provide the tools for understanding society’s problems in a deeper, structural sense that might allow ways to put them right.

Before long, he concluded that the problem ran deeper: western science and social theory itself were based on a series of intellectual mistakes, which created false dichotomies such as those between individualism and collectivism, and scientific analysis and moral criticism. The most important of these he called “the epistemic fallacy”, arising from the conventional study of how we can know things, or epistemology. Almost invariably, philosophers have treated the questions “does the world exist?” and “can we prove the world exists?” as the same. But it is perfectly possible that the world might exist and we could not prove it, let alone be able to obtain absolute knowledge of everything in it.

In this way, Roy argued, the two camps into which the left has been divided – positivists, who assume that since the world does exist, we must, someday, be able to have exact and predictive knowledge of it, and postmodernists, who believe that since we cannot have such knowledge, we cannot speak of “reality” at all – are just rehearsing different versions of the same fundamental error. In fact, real things are precisely those whose properties will never be exhausted by any description we can make of them. We can have comprehensive knowledge only of things that we have made up.

Roy’s approach adopted a version of Kant’s transcendental method of argument, which asks “what would have to be the case in order for what we know to be true?” For science, he argued that two key questions must be asked simultaneously: first, why are scientific experiments possible, and second, why are scientific experiments necessary, in order to obtain verifiable knowledge of what scientists call natural laws. Why is it possible to contrive a situation where you can predict exactly what will happen, when, say, water is heated to a certain temperature in a controlled environment, but also, why is it that one can never make similar predictions in natural settings – no matter how much scientific knowledge we acquire, we still cannot dependably predict the weather. Why, in other words, does it take so much work to create a situation where one does know precisely what will happen?

His conclusion was that the world must consist of independently existing structures and mech- anisms, which are perfectly real, but they must also be, as he put it “stratified”. Reality consists of “emergent levels” – chemistry emerges from physics, in that chemical laws include physical ones, but cannot be reduced to them; biology emerges from chemistry, and so forth. At each level, there is something more, a kind of leap to a new level of complexity, even, as Roy put it, of freedom. A tree, he argued, is more free than a rock, just as a human is freer than a tree. What a scientific experiment does, then, is strip away everything but one mechanism at one emergent level of reality. To do so takes enormous work. But in real-world situations, like the weather, there are always all sorts of different mechanisms from different emergent levels operating at the same, and the way they interact will always be inherently unpredictable.

The resulting books, A Realist Theory of Science (1975) and The Possibility of Naturalism (1979), made Roy one of the most influential voices in the philosophy of science.

He later applied this approach to a critique of the “new realism” of Tony Blair. Vaunted as a belated adjustment to the facts of political life, Roy said that it fails to recognise the underly- ing structures and generative mechanisms, such as property ownership and the exploitation of labour, that produce observable phenomena and events such as low pay and intolerable working conditions. In other words, New Labour was based on realism of the most superficial sort. He presented these and other political implications of his work at the Philosophy Working Group of the Chesterfield Socialist conferences, associated with Tony Benn and Ralph Miliband, in the late 80s. This work was eventually published as Reclaiming Reality (2011).

Roy was a political revolutionary. The unifying purpose of his work was to establish that the pursuit of philosophical knowledge necessarily implied social transformation; the struggle for freedom and the quest for knowledge were ultimately the same.

His way of engaging with the world was wide-eyed, playful, impractical, always evolving and learning. He continually announced new breakthroughs. In the 90s, he announced that the Hegelian dialectic – an assertion, its contradiction, and the resolution of the two – was but an odd and idiosyncratic version of a universal principle that formed the basis of all human thought and learning. This launched the second phase of his philosophy, culminating in the ambitiously titled Plato Etc: The Problems of Philosophy and Their Resolution (1994), inspired by Alfred North Whitehead’s famous claim that “all of philosophy is but a footnote to Plato”.

Roy came to realise that Whitehead was speaking of only western philosophy; respect for the full range of human thought required engagement with eastern philosophy too. This had to mean taking spiritual ideas seriously – a domain of human experience that the left had abandoned to the fundamentalist right. In a number of books, notably The Philosophy of MetaReality: Creativity, Love and Freedom (2012), he argued that spiritual experiences should be considered a constant feature of everyday life; that every successful act of communication is, in effect, an example of the spiritual principle of nonduality, where both parties become, momentarily, the same person. These developments created heated contention among critical realists, but Roy maintained his cheerful generosity of spirit, playing an active role in the Centre for Critical Realism and the International Centre for Critical Realism, always brimming with projects, visions, and ideas.

Born in Teddington, west London, to an Indian father, Raju Nath Bhaskar, a GP, and an En- glish mother, Kumla (nee Marjorie Skill), an industrial administrator, Roy was educated at St Paul’s school, London, and gained a PPE degree at Balliol College, Oxford (1966). Another critic of the PPE course and student activist was Hilary Wainwright: in 1971 they married, and they collaborated intellectually and politically for the rest of Roy’s life.

Roy fought against the grain of conventional academic philosophy throughout his career. Fol- lowing his time as an economics lecturer at Pembroke College, Oxford, he held philosophy posts at Linacre College, Oxford; Edinburgh University; the Swedish Collegium for Advanced Study in the Social Sciences, Uppsala; and the University of Tromsø, Norway.

After losing a foot in 2008 to Charcot’s disease, he made use of a wheelchair, and survived on only a partial salary as a world scholar at the Institute of Education in London. Nonetheless, he remained a figure of unparalleled energy and invention, and of almost preternatural kindness and good humour.

His recent partner was his carer Rebecca Long. She survives him, as do Hilary and his brother, Krish.