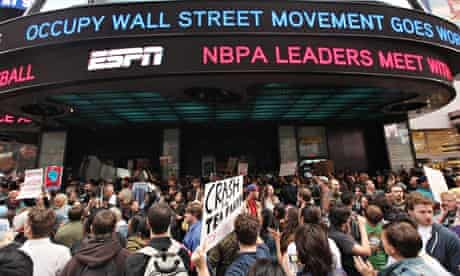 Back in the 90s, I used to get into arguments with Russian friends about capitalism. This was a time when most young eastern European intellectuals were avidly embracing everything associated with that particular economic system, even as the proletarian masses of their countries remained deeply suspicious. Whenever I’d remark on some criminal excess of the oligarchs and crooked politicians who were privatising their countries into their own pockets, they would sim- ply shrug.

“If you look at America, there were all sorts of scams like that back in the 19th century with railroads and the like,” I remember one cheerful, bespectacled Russian twentysomething explain- ing to me. “We are still in the savage stage. It always takes a generation or two for capitalism to civilise itself.”

“And you actually think capitalism will do that all by itself?”

“Look at history! In America you had your robber barons, then – 50 years later – the New Deal.

In Europe, you had the social welfare state … ”

“But, Sergei,” I protested (I forget his actual name), “that didn’t happen because capitalists just decided to be nice. That happened because they were all afraid of you.”

He seemed touched by my naivety.

At that time, there was a series of assumptions everybody had to accept in order even to be allowed to enter serious public debate. They were presented like a series of self-evident equa- tions. “The market” was equivalent to capitalism. Capitalism meant exorbitant wealth at the top, but it also meant rapid technological progress and economic growth. Growth meant increased prosperity and the rise of a middle class. The rise of a prosperous middle class, in turn, would always ultimately equal stable democratic governance. A generation later, we have learned that not one of these assumptions can any longer be assumed to be correct.

The real importance of Thomas Piketty’s blockbuster, Capital in the 21st Century, is that it demonstrates, in excruciating detail (and this remains true despite some predictable petty squab- bling) that, in the case of at least one core equation, the numbers simply don’t add up. Capitalism does not contain an inherent tendency to civilise itself. Left to its own devices, it can be expected to create rates of return on investment so much higher than overall rates of economic growth that the only possible result will be to transfer more and more wealth into the hands of a hereditary elite of investors, to the comparative impoverishment of everybody else.

In other words, what happened in western Europe and North America between roughly 1917 and 1975 – when capitalism did indeed create high growth and lower inequality – was some- thing of a historical anomaly. There is a growing realisation among economic historians that this was indeed the case. There are many theories as to why. Adair Turner, former chairman of the Financial Services Authority, suggests it was the particular nature of mid-century industrial tech- nology that allowed both high growth rates and a mass trade union movement. Piketty himself points to the destruction of capital during the world wars, and the high rates of taxation and regulation that war mobilisation allowed. Others have different explanations.

No doubt many factors were involved, but almost everyone seems to be ignoring the most obvi- ous. The period when capitalism seemed capable of providing broad and spreading prosperity was also, precisely, the period when capitalists felt they were not the only game in town: when they faced a global rival in the Soviet bloc, revolutionary anti-capitalist movements from Uruguay to China, and at least the possibility of workers’ uprisings at home. In other words, rather than high rates of growth allowing greater wealth for capitalists to spread around, the fact that capitalists felt the need to buy off at least some portion of the working classes placed more money in or- dinary people’s hands, creating increasing consumer demand that was itself largely responsible for the remarkable rates of economic growth that marked capitalism’s “golden age”.

Since the 1970s, as any significant political threat has receded, things have gone back to their normal state: that is, to savage inequalities, with a miserly 1% presiding over a social order marked by increasing social, economic and even technological stagnation. It was precisely the fact that people such as my Russian friend believed capitalism would inevitably civilise itself that guaran- teed it no longer had to do so.

Piketty, in contrast, begins his book by denouncing “the lazy rhetoric of anti-capitalism”. He has nothing against capitalism itself – or even, for that matter, inequality. He just wishes to pro- vide a check on capitalism’s tendency to create a useless class of parasitical rentiers. As a result, he argues that the left should focus on electing governments dedicated to creating international mechanisms to tax and regulate concentrated wealth. Some of his suggestions – an 80% income tax! – may seem radical, but we are still talking about a man who, having demonstrated capital- ism is a gigantic vacuum cleaner sucking wealth into the hands of a tiny elite, insists that we do not simply unplug the machine, but try to build a slightly smaller vacuum cleaner sucking in the opposite direction.

What’s more, he doesn’t seem to understand that it doesn’t matter how many books he sells, or summits he holds with financial luminaries or members of the policy elite, the sheer fact that in 2014 a left-leaning French intellectual can safely declare that he does not want to overthrow the capitalist system but only to save it from itself is the reason such reforms will never happen. The 1% are not about to expropriate themselves, even if asked nicely. And they have spent the past 30 years creating a lock on media and politics to ensure no one will do so through electoral means.

Since no one in their right mind would wish to revive anything like the Soviet Union, we are not going to see anything like the mid-century social democracy created to combat it either. If we want an alternative to stagnation, impoverishment and ecological devastation, we’re just going to have to figure out a way to unplug the machine and start again.