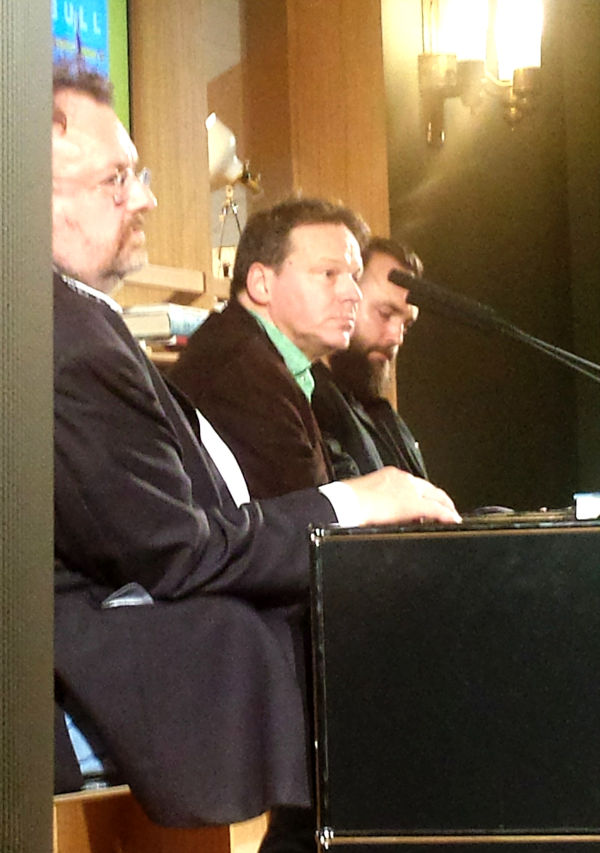 his existence, his way of looking at the world, his words, were
so exciting, so powerfully positive, that I had, in the months before
his death, come to consider David one of the hopeful, wonderful, things
about humanity.

Ever since September I’ve been trying to come to terms with David’s
absence. I still vividly recall the first tweet I saw (from Rojava),
about David’s passing, and for a minute trying to figure out what I was
reading. For a very short moment, I was convinced that it must be a
strange joke that I don’t understand.

I “met” David on (I believe) two occasions: I visited two talks that he
gave, as a listener.
And I’ve interacted with him on twitter maybe some 3 times.

And yet, his existence, his way of looking at the world, his words, were
so exciting, so powerfully positive, that I had, in the months before
his death, come to consider David one of the hopeful, wonderful, things
about humanity. I was very much looking forward to listening and
learning from him, over the decades to come – to have an ongoing chance to look at the world through his eyes, every now and then.

I can’t begin to imagine your process of grief – but I still wanted to
share my own sense of continuing grief with you. The thought of having
been that much closer to David – as you have been – and losing him, is
so immensely distressing.

I’ve just read your text about the stages of grief, and that made me –
finally – open up that email that I’ve been meaning to send you for the
last 9 months.

The second of the two talks I saw David give was September 2018, in
Frankfurt – for the Bullshit Jobs book.
That was such a lovely evening, and I recall feeling the most hopeful I
have felt in a long time – for the world, for humanity, and I guess for
myself (I believe it was very similar for the girlfriend who I went to
the event with).

Attached there is a (very bad, sadly) photo from the event (as I recall,
the guy on the right hand side in the picture was an actor from the
Frankfurt theater, who read bits of the book, in between David giving
his comments).

Anyway, I wanted to send you a little note … to say that I’m one of
the (many, clearly) people who mourn David’s absence.
And to wish you all the (continued) best on your path of navigating the
grief and disorientation (as I imagine) that goes with it.